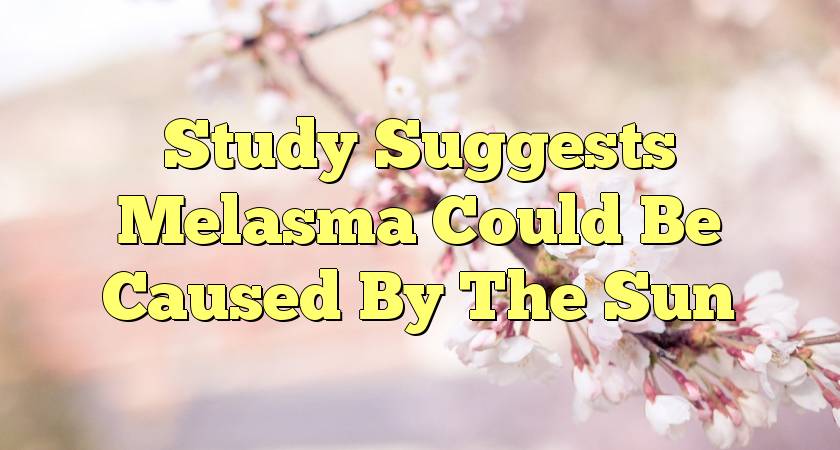 Melasma is very common, particularly amongst pregnant women, and it causes a lot of distress. The dark patches it causes on the face are often very visible and don’t go anywhere quickly!

Previously the causes of melasma were thought very much to be hormonal. Melanocyte cells in the epidermis which produce our skins pigment are oversimulated by estrogen and progesterone – the female sex hormones – and as a result produce more pigment than normal. It’s very common in pregnant women of course due to the surge of hormones as a result of pregnancy. But is also commonly seen in women taking oral contraceptives as well as women on HRT medications (or Hormone Replacement Theraphy).

The reason why this doesn’t affect all women has previously been put down to genetics. Some women simply appeared to have melanocytes there were more sensitive to increases in hormones.

A new study just published in the Pigment Cell and Melanoma Research journal however has taken a closer look at the root causes. They do agree that hormonal changes and genetics do play a significant role in melasma. But they have also identified UV light from the sun may also play a major role too.

We have long known that overexposure to the sun causes aging in our skin. This ‘photo-aging’ process appears to be the other ‘unconsidered factor’.

The authors of the study look wider afield than just the melanocytes themselves, and took into account the other skin cells in the surrounding area. There are complex interactions between skin cells, and UV radiation does cause cells to trigger chemical messages in response to damage from those rays. This seems to increase not only the amount of melanocytes in the affected areas, but also the amount of melanin pigment that they produce.

Whilst it’s not conclusive as yet, there does seem to be a link between patients that are known to have a lot of historical sun damage and a greater degree of melasma symptoms.

In recognition of this therefore, the authors say that melasma should also be considered alongside skin conditions caused by photo-aging. By not just treating the hyperpigmentation itself, but instead considering that better protection against sun damage may prevent the onset of melasma in the first place.

Treating melasma to alleviate the pigmentation problem itself is not easy. Taking even greater measures to protect our skin before problems occur may turn out to not only be much easier, but also far more effective in the long run.