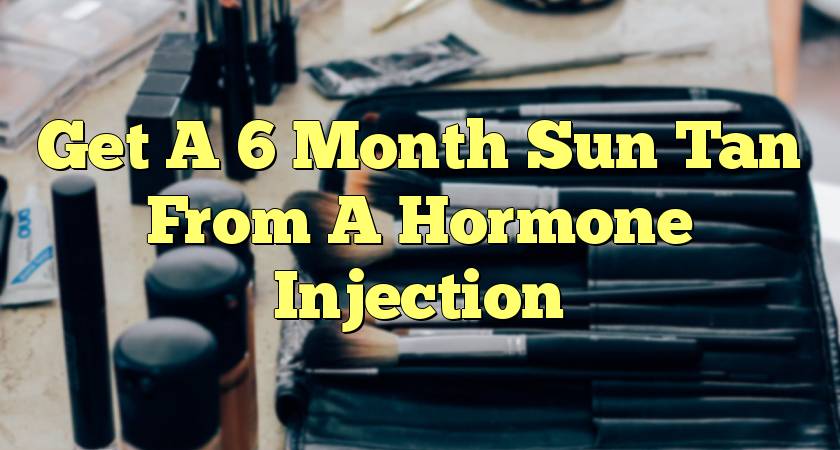 A tan is our bodies natural response, and defence, against the suns harmful rays. The darker our skin the less those rays can penetrate and cause skin damage.

The side benefit of a darker skin of course is that current fashion says we look better, even healthier, with a tan.

It wasn’t always the way.

The Victorians loved very pale skins. It meant someone was wealthy enough not to have to work outside in the sun, so whiter paler skin was seen as a symbol of nobility.

How things have changed. Now we seek out that healthy glow, even if it comes from a cream or spray tan.

Researchers at the University Of Arizona have discovered a way to use peptides to change skin pigmentation, and create a tan that could last for up to 6 months. Potentially providing natural protection even more effective than sunblock.

In clinical trials the peptides have been shown to start of a series of natural chemical processes in the body. They ultimately create a hormone that is responsible for the pigment that darkens our skin. Co-researcher Victor Hruby said:

“This pigment is called melanin, and this melanin then situates itself over your cells in the skin to protect them from UV radiation and other kinds of radiation.”

He goes further to explain that this more natural approach is ahead of sunblocks because it provides vital protection to the nucleus of cells. Which is the main way to avoid melanomas. It can also help prevent the skin damage that causes hyperpigmentation that we know as freckles and sun spots.

From Pale To Dark In 1 Minute!

The new technology was initially tested on a gecko. It took just one minute from the initial injection for the gecko to turn from light green to a very dark color. A day later the gecko had returned to the original green color, with no side effects noted. The quick tan gecko is still alive and kicking today.

It’s likely a human would require more than one injection over a few weeks to gain a full body tan that would last for 6 months, but the process is undergoing further work.

This more natural approach to sun protection for the skin could lead to significant reduction in skin damage and skin cancers. Particularly amongst groups such as men who are far more reluctant to regularly apply sunblock. And women too who may not realise that their perfume is reducing the effectiveness of their sunblock.

Ultimately the researchers would like to develop the technology into a much simpler form that can be easily and safely used at home, without needles. Either as a cream or a patch using nanotechnology to deliver the hormone through the skin.