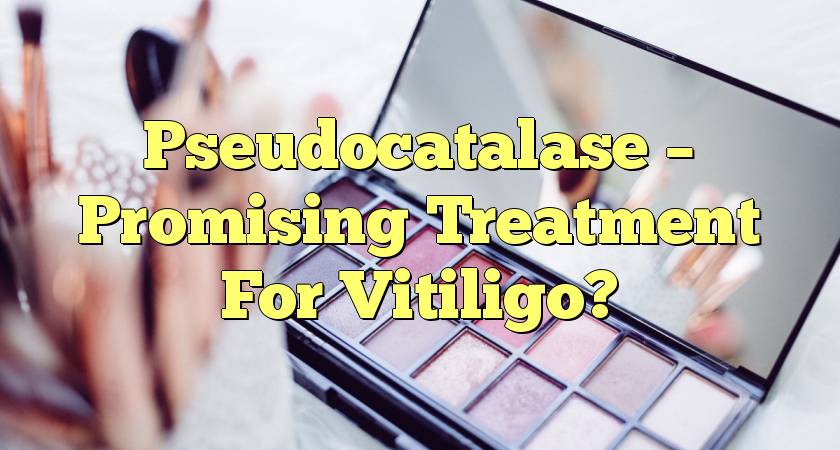 Research by the Institute for Pigmentary Disorders and the University of Bradford, UK, has led to the development of a new topical cream for treating vitiligo.

The researchers determined that oxidative stress caused by hydrogen peroxide (or H2O2) build up in the skin could be affecting melanocytes ability to create pigment. And that whilst our bodies do have a natural defense for this process, our production of ‘catalase’ seems insufficient to prevent loss of skin color.

The PC-KUS ‘pseudocatalase’ cream is designed to both reduce hydrogen peroxide in the skin, and increase catalase levels. It does however need to be used in associated with UV therapy as catalase requires UV light in order to help break down hydrogen peroxide.

Gerald Weissmann, M.D. who is the Editor-in-Chief of The FASEB Journal, has this to say

“…what’s even more exciting is that this also works for vitiligo. This condition, while technically cosmetic, can have serious socio-emotional effects of people. Developing an effective treatment for this condition has the potential to radically improve many people’s lives.”

The researchers coined the term pseudocatalase to differentiate the product from the natural catalase enzyme our bodies produce. They also pointed out that it was important to realise that any cream containing just regular catalase would not be effective as this would not be able to penetrate into the skin sufficiently to have any required effect.

The cream, which was developed following an initial study back in 1995, has been shown to be effective with all skin colors. It has also been effective irrespective of how long the affected person has been suffering with vitiligo, or the extent to which hypopigmentation has occurred.

In trials color began to return to the skin between 2 and 4 months after starting treatment. It seems effective for most areas of the body, although unfortunately results on feet and fingers have not been good.

It should be recognised however that this is a treatment that requires a disciplined approach and a treatment plan to suit the individual. You should consult your doctor rather than try to seek out products that claim to include pseudocatalase online.